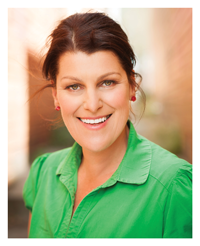 As a seasoned performer Anthea Davis has worked with the majority of the TV networks, toured extensively throughout Australia, tread the boards of Melbourne’s, Theatre’s, and appeared in many a short and feature film in her 25 years of telling peoples stories.

Currently Anthea is renovating a Gypsy Wagon to house a puppet and story telling venue for kids of all ages and in the summer months she can be found at Southgate Melbourne playing Ukulele for a 1924 Ferry called “Grower.”